This article (original article written in Japanese) was released January 2016.

Acknowledgements: Thank you all the members of Niseko Avalanche Research Institution and Mr. Akio Shinya, and Dominique Churiki. I hold the deepest respects to you.

In December, 1961, the first ski resort was opened in Niseko: Niseko Hirafu Ski Resort. It had the first chair lift for skiing in Mount Nisekoannupuri. There were two single chair lifts only carrying skiers up to 510 meter altitude, (the base is roughly 400 meters). Of course there is no groomer, so all slopes were un-groomed. At that age, skiing meant hiking up, then skiing down without any facilities.

By the time of the Tokyo Olympic Games in1964, and coinciding with development in Japan, ski resorts had been developed. They had groomers, and expansion of their chair lifts (Nisekoannupuri International Ski Resort opened in 1964).

In 1982, Niseko Higashiyama Ski Resort opened (currently known as Niseko Village Ski Resort). Since then, these resorts started the expansion of facilities such as high altitude chairlifts taking skiers to over 1,000 meters altitude, or high speed gondolas. This intensive development continued for ten years. This time period was known as a ski boom in Japan, and Niseko Resorts grew up to one of Japan’s major ski resorts.

In 1992, Niseko Hirafu Ski Resort opened Hanazono Slope. The resort currently known as HANAZONO Resort was therefore once part of Hirafu Ski Resort. Then all resorts became what we see today.

In the 2000s, we saw more skiers from overseas. That was affectionately called the Aussie Boom. There was a direct flight from Australia to New Chitose. Since then, Niseko attracted attention to skiers all over the world.

The alliance of ski resorts known as Niseko United, began in 2006, enabling skiers to use all four resorts with one ski pass. In 1993, the ban for snowboarders was lifted. 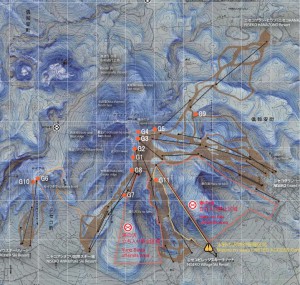 Photo 1 This map shows the gates of access outbound of ski resorts: Gl-G11.

Chapter 2. The most dangerous ski field in Japan?

Before 1980, Higashi-One (East ridge) was only skied in the afternoon. In that age, it was common knowledge. Skiers would wait to ski until the after the morning in order to let the snow stabilize and reduce risk of avalanche. There was no special ski for deep powder like Fat ski at that time. Skiers had the knowledge to secure safety from avalanche by waiting a few hours in the morning before skiing. Hiking to the summit from the chair lift also took two or three times longer than it does now because the chair lift went only 1000 meters altitude.

Mr. Akio Shinya, Chief of Niseko Avalanche Institute comments, “the trend of avalanche accidents has changed in the mid-1980s when resorts installed chairlifts above 1000 meters altitude.”

From the installation of higher chairlifts, more skiers have easy access to higher altitude and deeper access into backcountry. This means there are more chances to ski in high avalanche conditions, on untouched powder snow, which is still unstable.

Between 1985 and 2000, eight skiers died in Niseko backcountry. There were many other avalanche accidents that were not fatal. Niseko Resorts have been known in Japan as having one of the highest numbers of accidents. 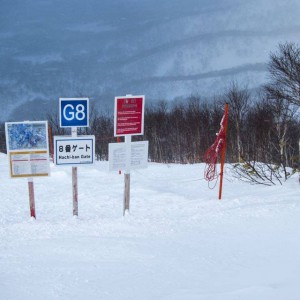 Skiing stakeholders in Niseko discussed solutions to the situation. Some people still insisted banning skiing out of the boundary. However, it was obvious that did not work. The resorts could avoid the responsibility for accidents by banning, but this did not help in reducing the number of accidents.

Some other people said, we should seek a more practical way to manage accident risk. After various discussions, Niseko Rules were agreed upon.

Niseko Rules respects the freedom of skiing. This is a very special thing in Japan because people tend to prohibit everything here.

The Niseko Rules were the first rules in Japan for skiing out of resort boundary. These respected freedom of skiing with minimum limitations, and were also accepted by all the parties concerned: including resorts, skiers, and local government. 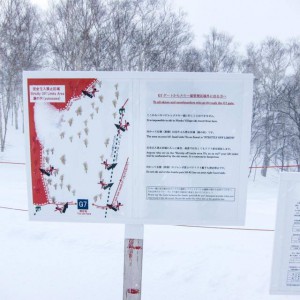 Photo 3. At the gate, there is detailed information about safety.

Chapter 4. The Freedom and Responsibility of Skiing

1 Mr. Akio Shinya, Chief of Niseko Avalanche Institute, says in his book, “The slope of high avalanche risk is actually also a very attractive slope for skiers. Our analysis of an avalanche accident can never recover an avalanche victim. People forget about the accident as time goes by, then similar accidents happen again. The victims of the accidents never imagine that they would be caught in an avalanche. They thought the slope they were skiing was just next to the ski resort and safe. They know about avalanches as general knowledge, but never imagined that it would happen to them. ”

In Niseko, the right of skiing backcountry is equally provided to all skiers; in other words, there is no restriction by skiing level or equipment. However, backcountry terrain is not a ski resort. If the gate is open, this does not mean that safety beyond the gate is guaranteed. Every skier needs to be fully aware of the limitations of their skiing ability and equipment. Even if you prepare for any type of risk, you cannot fully eliminate these risks. Enjoying the freedom of skiing always comes with certain responsibilities.

Most avalanche accidents happen during snow storms or just after a snow storm. The avalanche itself is a natural phenomenon, but only with the involvement of humans can there be an “accident”. This information is repeatedly posted by Niseko Avalanche Information. 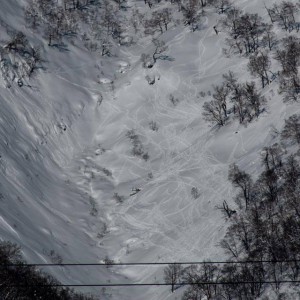 Chapter 5. Ducking Rope is Not Cool

Thanks to Niseko Rules, we received a treasure: freedom of backcountry skiing. However, this freedom may disappear once another fatal accident happens.

Ski guides or mountain guides who have certified guiding licenses, and their own evaluation standard for avalanche risks, also need to follow Niseko Rules whenever they use the chairlift to access backcountry. The most important rule in Niseko Rules is the prohibited crossing of boundary ropes. The reason there is a rope is because there is risk of danger beyond the rope. You might say, “I have the skill and experience to avoid the risks.” However, the track you made may attract other skiers who do not have your skills or experience to avoid the risks.

If you cross the rope, that means you lead other innocent skiers into danger. There are many inexperienced skiers and snowboarders in the ski resorts—please remember this.

All skiers and snowboarders know the pleasure of riding. People come to the resort to find this pleasure–experienced or beginner skiers alike.

With your favorite skis and ski gear, with your friends, fabulous snow and weather, this is the day you are so cool. However, I’d like to tell you, ducking rope is not perceived as cool by most skiers. 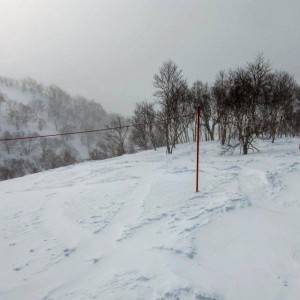 Chapter 6. The Future of Niseko

Under the Niseko Rules, there are access gates into backcountry and out of the resort. Apparently, the skier or snowboarders who enter the gates are guests of ski resorts. We know there are opinions that ski resorts should be more responsible to Niseko Rules, however, if someone requires more responsibility from ski resorts, skiing out of bounds will be banned. The same theory may apply in local government, Niseo town.

At this moment, Niseko town acknowledges Niseko Rules, and is even funding Niseko Avalanche Institute. I have to say this is a very unusual thing—even epoch-making in Japan.

Another thing is, skiing backcountry means skiing on government-owned land. The government does not make any clear comments about that fact. In other words, the government is aware, but overlooking this.

Why don’t they prohibit in Niseko under such circumstances?

When we try to discuss Niseko Rules in the view of theoretical approach, sometimes we see some inconsistency or ambiguity. If you want to clarify or pursue order, it may provide comfort to some people. However, skiing out of bounds will be probably banned. If that happens, we will see many accidents, like in the past.

Freedom of skiing in Niseko can only be secured by skiers and snowboarders’ behavior, not by ski resorts or local government. Pease keep this in mind and give respect to Niseko Rules.

Just prohibiting may not reduce the accidents, and lost lives cannot be brought back. Niseko Rules exist for freedom and safety of skiing. Pease understand this is not just a rule, but a kind of prayer for the safety of skiers and snowboarders. 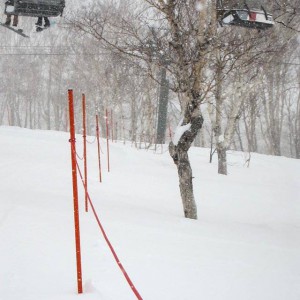 Photo 6. Ropes of ski resort boundaries are not decorations of ski slopes

Born in Kawasaki City, Kanagawa Pref., 1962. Handcrafted hat manufacturer, and editor. I started telemark skiing at over forty years old when I lived in Tokyo as an Editor. I wanted to ski more frequently, so I moved to Niseko in 2012. Now I am doing handmade hat manufacturing, and enjoy telemark skiing in the winter time. From my house, I can see Yu-no-sawa (a completely off-limit zone), however many tracks can be seen, which always disappoints me.